Sewing Machine Bases
Ask about pick up or free delivery in the Denver/Boulder area. 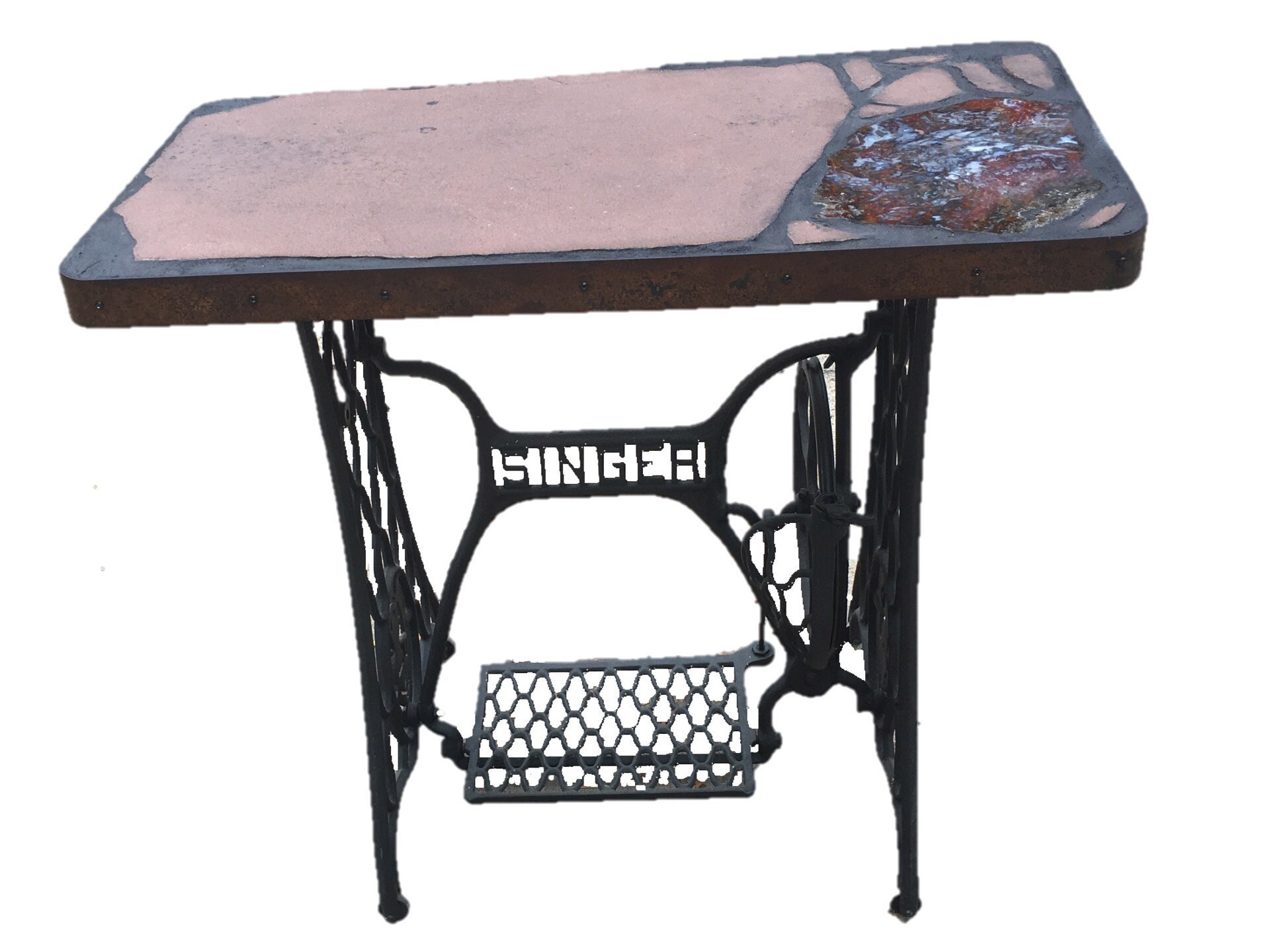 Several years ago I found a White sewing machine base at a grage sale near Boulder.  White, in case you didn't know, was nearly the dominant sewing machine maker before Mr. Singer bought him out and took over most of the market.  This was a move similar to those currently being made by Google, Facebook, Microsoft, ......    Times change, but comerce marches on!

In any case I put a natural stone top on the base and sold it quickly.  There were two sewing machine bases at that garage sale. The other one was from Sears.  I put a top on that and it soon sold.

Then I found this Singer base.   I put a natural stone top on it too.  The 34" x 18" top is removable for easy transport and installation. The entire table is 30" tall. The top features a slabs of Mexican agate and Lyon's sandstone. The vendor I got the agate from calls it smuggler's agate. The largest piece of Lyons sandstone features a trace fossil of a prehistoric animal track from the permian era.

Use this as a sofa table, entry way table, or side table. Wherever you use it it will 'pop' the room its in.

Oh, did I mention that the price includes free shipping to addresses in the lower 48 states.