Indian Rainbow Series
I won't be able to ship your purchase until I'm back from my private showing at the Tucson Gem and Mineral Show Feb 2-5. 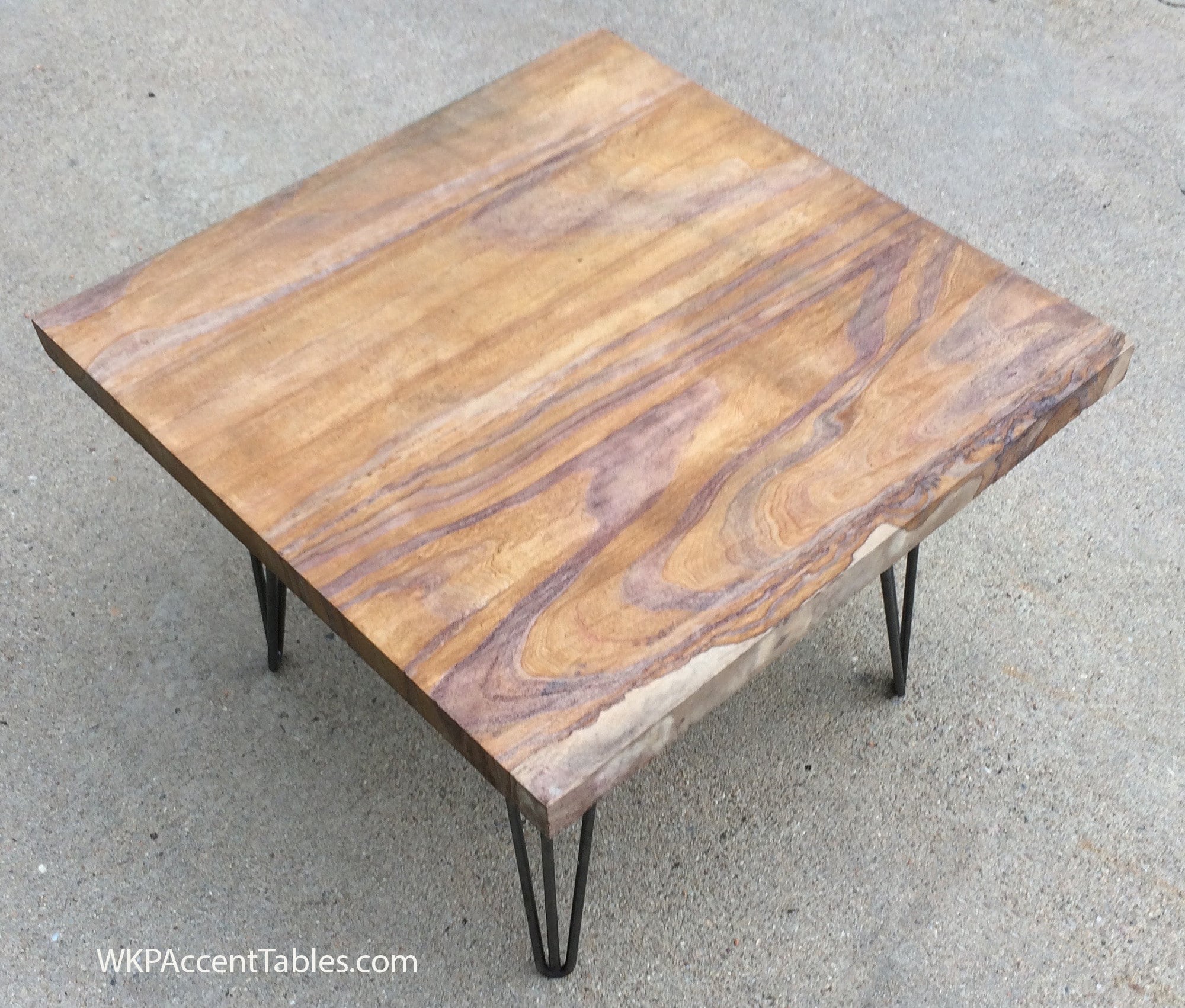 After I started showing tables in 2014 people kept asking for tables that could be used outdoors....that is take direct sunlight for months and not degrade.  Well there isn't much that doesn't degrade under direct sunlight except, raw stone, cement, and steel.  The grout I use is really good but it cant stand up to more than a fw weeks of direct sunlight before it starts to crack, crumble, and deday.

To use one of my tables that has grout outdoors you have to regularly clean the top, repair the groud, and reseal the top.  Most people, including me, are not up to this task,......The trick is not to use grout! and then you can use the tables outdoors and expose them to direct sunlight all lyear long.

I don't have any more of these slabs, but I can find interesting slabs of indian sandstone I could put on a base for you.  If you are interested give me a call at the number listed on my web page or send an e-mail to Bill at WKPAccentTables dot com