Early Days
I won't be able to ship your purchase until I'm back from my private showing at the Tucson Gem and Mineral Show Feb 2-5. 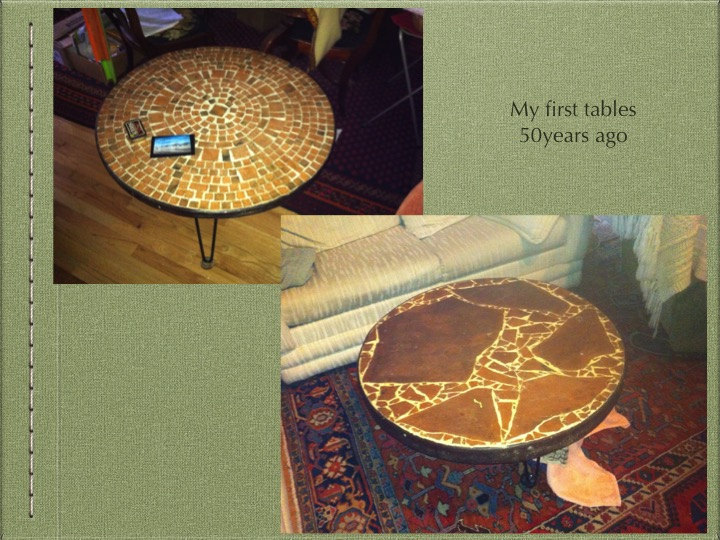 In 1962 my roomate and I did a pottery course in Boulder.  He was good at throwing pots on the wheel; me not so much.  We both made a bunch of tiles with the idea of making tables using wagon wheels we found in the foothills above Boulder.  The upper left table is the the first table I made.

After Judy and I married in 1965 we found thin slabs of sandstone an abandoned quarry and I used them in my second table shown on the lower right.

I had access to the Physcis department shops where I could cut circular slabs of plywood to the shape of the wheels. Local Valentines Hardware (now gone) had the hairpin legs, screws, and grout to finish the job.  I didn't seal either table. That was OK for the pottery slabs that had been fired, but not the sandstone. Over the years oils from fingers has darkened the stone considerably.

When I started making tables again in 2011 wagon wheels were not to be found 'in the wild' and were expesive at stores.  I experimented for a couple of years and have come up with a method to make a reasonable look alike.