Black Hole: Part of my geologic education and my 36th table.
Ask about pick up or free delivery in the Denver/Boulder area.

Black Hole: Part of my geologic education and my 36th table. 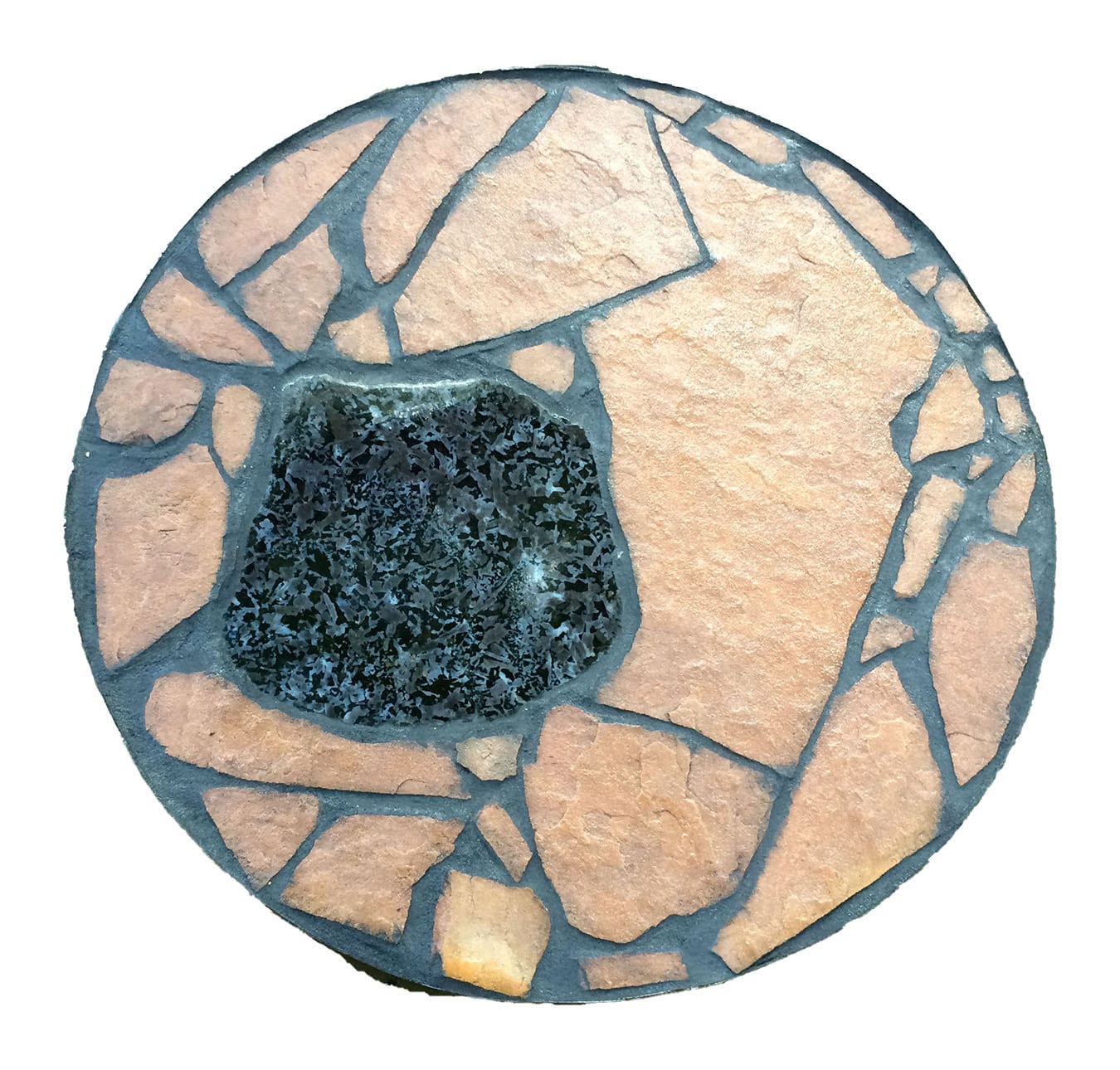 I made the table top shown and put it on 16" three rod steel hairpin legs. I named it black hole.

I showed it to a bunch of geologist friends with a label on it saying it features a slab of polished marble.  They corrected me and said it was gabbro.  I'd never heard of gabbro before and asked what that was.

Wikipedia defines gabbro in two sentences as:  "Gabbro is a phaneritic, mafic intrusive igneous rock formed from the slow cooling of magnesium-rich and iron-rich magma into a holocrystalline mass deep beneath the Earth's surface. Slow-cooling, coarse-grained gabbro is chemically equivalent to rapid-cooling, fine-grained basalt."

My friends remembered bits and pieces of the first sentence from their geology 101 cources but could not remember or think the second sentence.   Gabbro is made from the same soure material as lava that creates basaltic lava fields, only it cools slower because it remains deep underground for most of the time it takes to cool.

In any case it made a spectacular table that now lives in Sheridan Wyoming.

I don't have another slab of gabbro, but I do have a large slab of polished hematite (below) I could put in a table top for you. 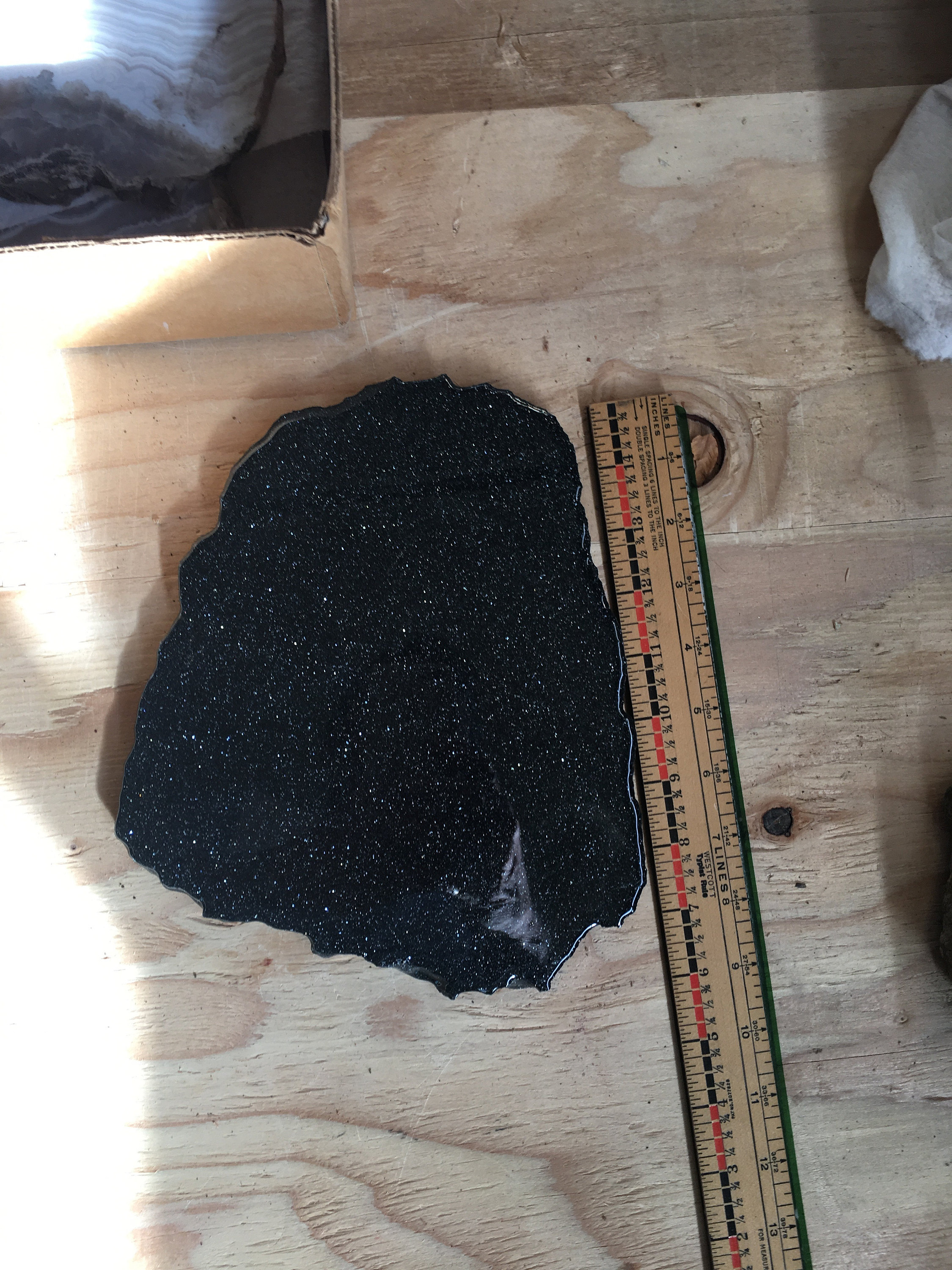