Mozarkite Basket 111
Ask about pick up or free delivery in the Denver/Boulder area. 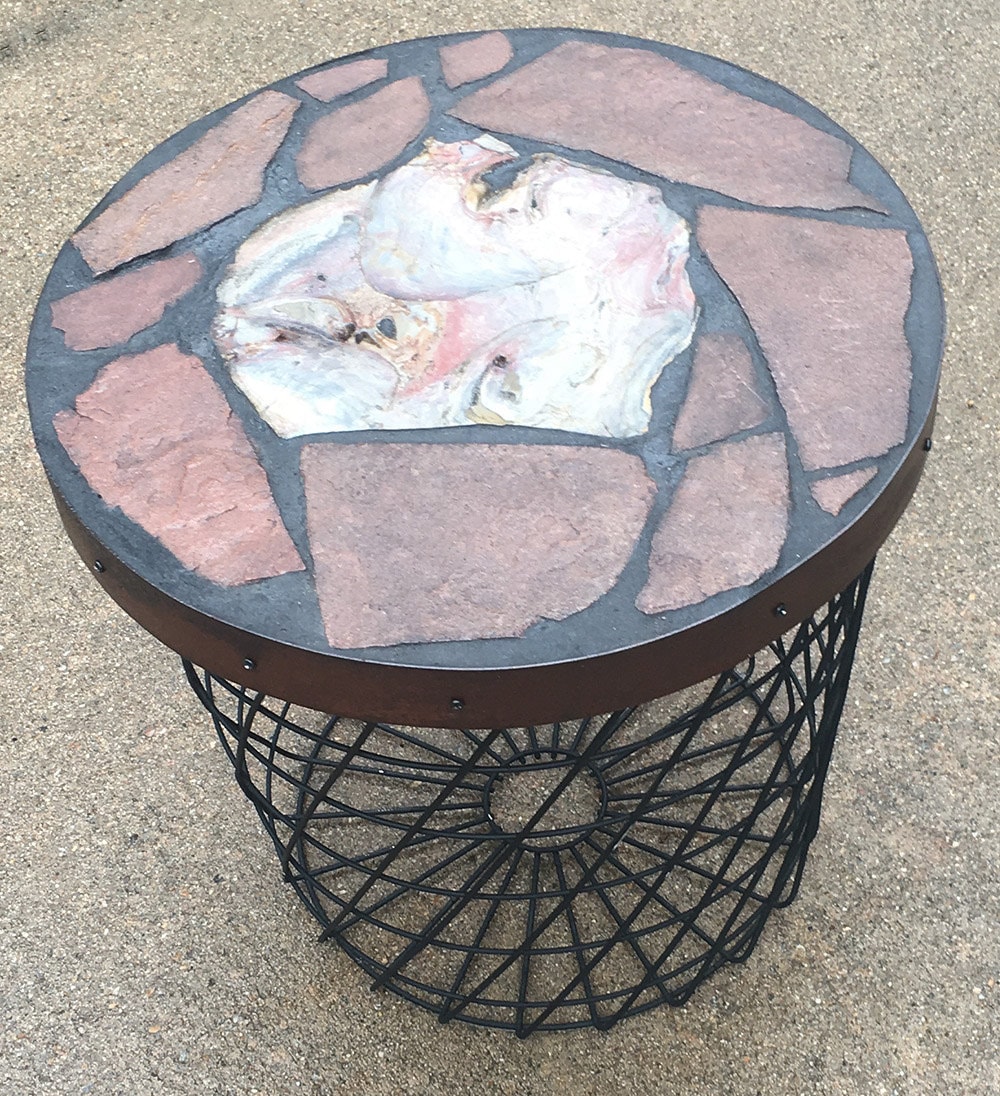 I found this slab of mozarikite at a gem and mineral show in Kansas City, Missouri in the booth next to mine.  Mozarkite is a form of chert (flint). It is the state rock of Missouri. The name is a portmanteau, formed from Mo (Missouri), zark (Ozarks), and ite (meaning rock). It has won distinction as a particular form or variety of chert because of its unique variation of colors and its ability to take a high polish. Mozarkite was first identified in a road cut for an interstate highway.  One of our friends was a student in Missouri when it was found and identified. She participated in the campaign to get it named the state rock!

I chose to put this spectacular specimen on top of a repurposed laundary basket!  You can use it as a stool, small side table, or plant stand.  No mater where you use it will draw attention to your love of rocks.